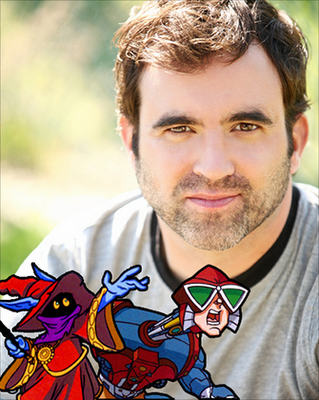 Gabe Khouth is a canadian voice-actor who did the voices for Orko and Mekaneck in the 2002-2004 He-Man series by Mike Young Productions. I was very lucky to get a hold of him via Twitter and Mr. Khouth answered some of my questions.

#1: Can you tell me about yourself and about the projects you've worked on in the past?

In 1989 at the age of 16, I got into High school theater & signed with a Vancouver based Agency. I co-starred in a Canadian Film "Terminal City Ricochet" with Punk legend aka: Dead Kennedy's Jello Biafra & Peter Breck.


#2: How did you end up working at MYP for the He-Man cartoon?

I auditioned early '01 & did not hear back for months until the show was greenlit. Began recording in Nov '01 and I just remember wanting the part of Orko that the 4-month wait was excruciating.


#3: You voiced Orko and Mekaneck. Which character was more fun to voice?

Orko is like jazz, lots of fun & improve. However, I don't usually play a big strong guy like Mekaneck so I really cherished that role! 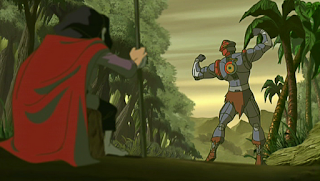 #4: What was your favourite Orko and Mekaneck episode?

Orko's origins episode "Lessons" was great & Mekaneck really only had one good episode "Mekaneck's Lament". I was disappointed that the writers didn't really want to honor Mekaneck's character that much. I guess they wanted [to introduce] New Heroes & Villians!


#5: If you could choose, what character besides Orko and Mekaneck you would have wanted to play the voice?

I would have loved to play He-Man of course, especially in the New version as Adam was more of a teenager & then transformation voice.


#6: Michael Donovan is credited as the voice-director. How was it working with him?

He-Man was my first series cartoon regular so I learned a lot from Mr.Donovan & cast. Scott McNeil taught me the most.


#7: What have been your latest projects and where can people find more information about you?

I am Herman the crab on ABC KIDS "Shelldon" cartoon. I am involved in a couple of cartoon series just gearing up & Dead Rising 2 video-game.

Thank you very much for this interview!

Posted by ToonJukka at 2:06 AM

Thanks to all those who have contributed to this blog in one way or another!
Alec77, demiscy, DJ Force, Joe Amato, MegaGearMax, Ofty, Polygonus, RED, Sir Reilly